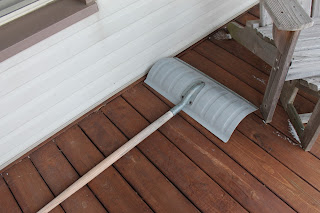 Oh no...it was time to get the snow shovel on the porch. Would you believe this was once a snow plow blade and I have worn it down to a mere shovel?  LOL. 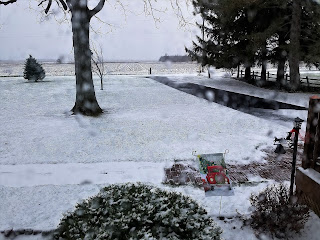 This isn't enough to make that insulated kind of feeling. It's only enough to freeze your fingers and toes. This was Monday. 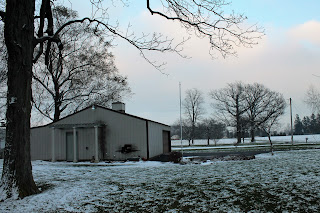 Tuesday , around 5:00 the sky was trying to clear. 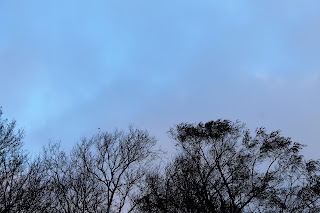 It was good to see the blue skies. 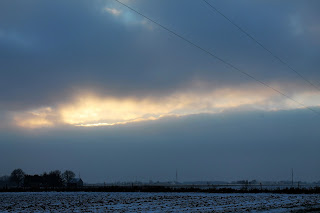 The sunset was too cloudy still to be pretty. 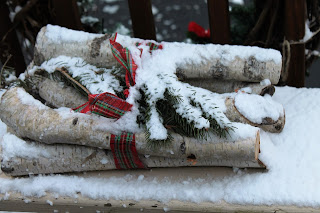 A crusty dusting of snow on things here. 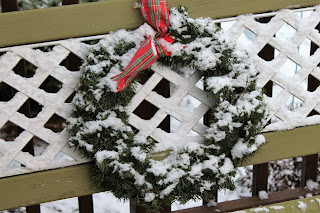 No one wants to sit on an icy cold bench. 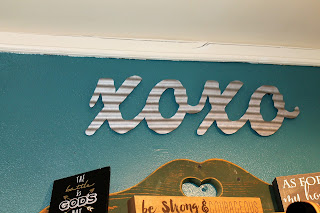 Sending kisses and hugs to all of you. This cute little sign is in the boutique near my daughter's house.
Yesterday, Ted and I received some sad news.  Our friend Milt passed away. I had worked  many years,in the same maintenance  shop as Milt. Ted has been fishing and golfing with him for years.  Everyone love Milt and called him uncle Milt.  We always said , if Milt and the pope were standing together....people would ask, "Who is that with Milt?"
He was diagnosed with lung cancer and went Friday to see if there was anything to be done. It had spread to many places in his body.. We had just gone to visit him last Monday , hoped  for some good news.
Today the sun is shining ....hoping it lifts  our spirits.
Please tell your family and friends you love them today....we never know how much time is left for any of us.  XO
Posted by Susie at 7:43 AM