Saw a car show going on in a parking lot on the way to Skylar's graduation  ceremony. 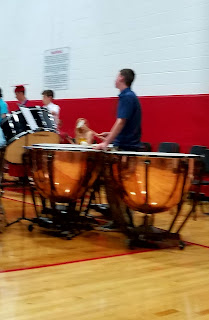 Arrived moments before the band played some wonderful music.

We were sitting on the bottom row of the bleachers, right by the band. 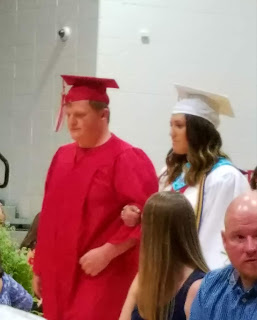 As the graduating class enters from both side they join up in the middle aisle . Here's Skylar. 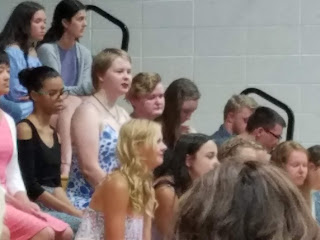 The choir seated in a section of the bleachers. Savannah is sitting with the children she has grown up with, especially during her day care and after school times. I was touched that she got to sing for her brother's graduating class. 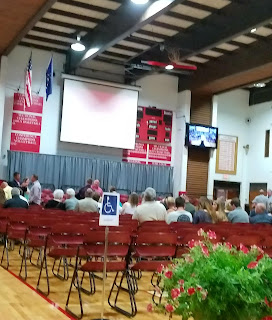 Just before the ceremony started, Karen took Ted and I to chairs on the floor, which is more comfortable than bleachers. 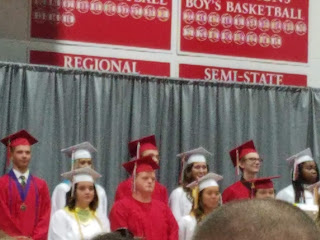 Here's Skylar in red in the middle. As they called his name for his diploma, I could not get a clear photo. As he received his diploma, the next named called was Skylar, only this time it was a girl.:) 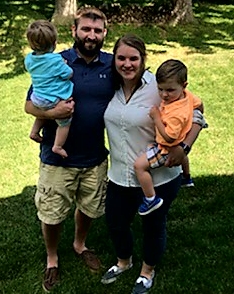 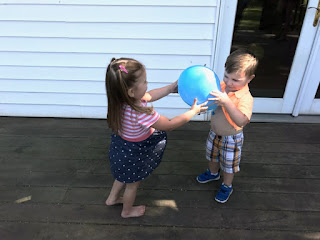 Layla was there to play with her cousin Max.  Layla's daddy Brock played guitar for us all.  People came and went that I didn't know. People I had not seem for some time came by. It was a great time. Karen had fixed some easy  but delicious foods. She wanted to be able to enjoy herself too. 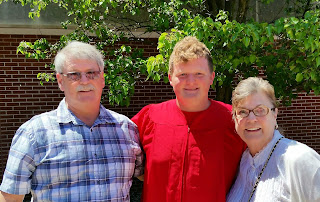 Teddy Bear and I with our big grandson. All my grandkids are taller than me, even Emma, the youngest.
Personally, I am thrilled to have all the graduations and gatherings done. It was an exhausting weekend. I just don't have the stamina to last all day. LOL
Hope all of you had good weather as we did. We sure could use a bit of rain. The temperatures are a bit cooler and Monday was the perfect weather. Ted and I got some yard work finished. The lawn is turning because it's so dry.
Wishing all a great week. XO
Posted by Susie at 4:27 AM