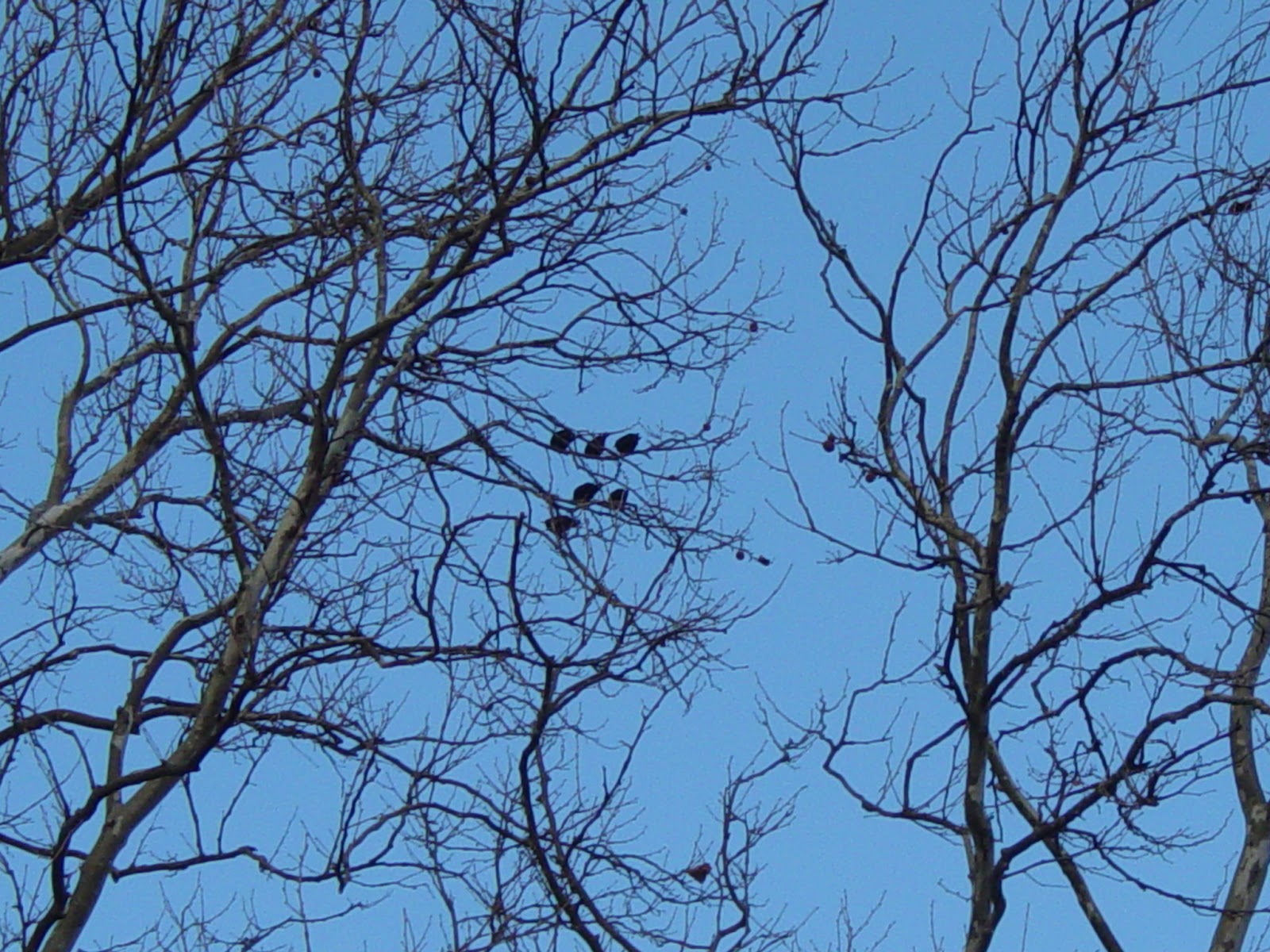 We have blue skies this morning.  Brr, it is so cold though. It has been nice to see the ground in this area.  We had snow cover for the longest time. Still big  dirty snow piles every where. :(>
At last, Ted can get out in the shop and putter. He has a task he volunteered to do. Making political signs. We are not political people.....but this is a friend of ours. It'll keep Ted out of my way for a bit.
Love that guy, even though, he can make me crazy  at times. At times, it doesn't take much to do that either. LOL
I have been getting confusing reports of our next weather system. Why do they even bother to predict more than three days ahead of time. Ted wants to cut wood with our SIL. They chose Thursday because the Monday paper said that would be a high of 28....now they are say maybe single digits and colder with wind chill. But after seeing the weather for New York's lake effect...I am not going to complain too much. You could seriously wear out some snow shovels in that area.
Hope you get blue skies today. xo
Posted by Susie at 6:29 AM